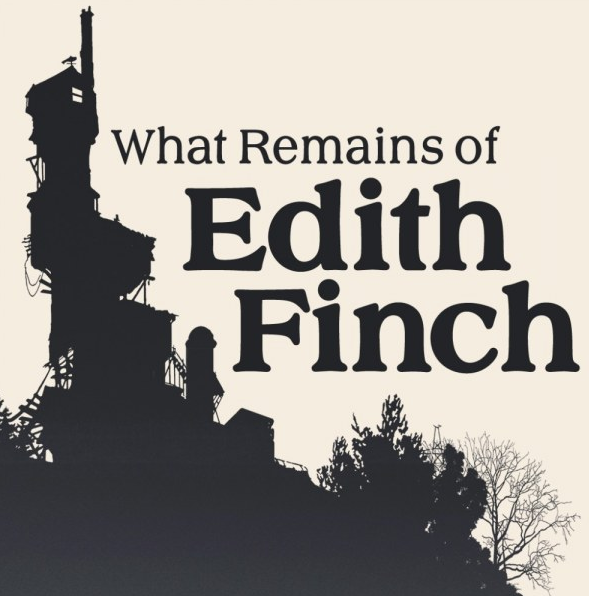 So in this blog series I’m going to be analyzing different games that I’ve played to completion, or played enough to fully understand (some online multiplayer games can’t be completed for example). I’m not exactly reviewing the game, though thoughts and opinions may come up, I’m more analyzing the game and noticing its design choices.

The way I’m doing this is by randomly selecting cards or “lenses” from Jesse Schell’s Deck of Lenses, which asks the developer design questions about their game. I’m actually writing this roughly 5 days after completing the game, but ultimately the goal is to be able to both play a game, but also analyze it at the same time. This kind of experience is how Schell put it in his book: The Art of Game Design: “When you enter this state, it is almost as if you have two minds: one moving, engaged in an experience, and one still, silently observing the other. […] It seems to be something like the Zen practice of self-observation, and it is not unlike the meditation exercise of trying to observe your own breathing cycle.”

So with Zen in gaming being my ultimate goal, my job now is to try to analyze a game as quickly as possible. This doesn’t mean analyzing the game itself, but how I feel and react when playing the game.

To move things along, this post will consist of 3 randomly chosen observations:

The Lens of Venue

The places that we play exert a tremendous influence on the design of our games.

It is truly amazing to randomly get this lens (it WAS random, I promise!) because What Remains of Edith Finch is all about what surrounds you. In the game, you are tasked to travel back through your home that you left long ago, uncovering the unspoken stories about each of your family members along the way. The way you uncover these stories and the way you experience these stories are all tied into the different parts of the house.

Part of the enjoyment of this game is finding all the different secret passageways that are unlocked through handles in hollowed-out books. This game is very linear, so “finding” the passageways isn’t difficult, but as the player, it felt like I was discovering a brand new world.

While I could get wrapped up in describing all the intricacies and details that were placed in the set design, let’s talk about what the set did for the game. Each family member of the Finch bloodline has a very strong theme: an uncle’s bedroom is covered in space and flying gear, an aunt’s bedroom is covered in her own movie posters. The bedrooms themselves almost describe the lives of those that inhabited it. Each bedroom held that owner’s story, and the player would walk around reading these stories, which turned into small little games. It feels strange to call these segments “mini-games” because they more felt like small set pieces rather than a game. Some set pieces were more intricate than others, while some just had the player flip through a hand-drawn flip book. What became more interesting than the story, was how the house opened up more after the story was done.

One of my favorite moments in the game was right after you complete Calvin’s story where he “learns to fly” (I’ll try not to give it away too much). The character you’re playing as then says something like “After that incident, his mother roped off the room, and his brother joined the army as soon as he was 18.” Having to walk back through the room to get to the next, I started to notice this long, red velvet rope outlining the center of the floor. Then looking up, I saw the two brothers painted on their bedroom door, one in a space suit and one in a military uniform. Above these photos shows scratches in the door where they were measuring their heights as they grew older. Recognizing their meaning, the scratches above the space suit only reach a certain height while the one in the uniform went up higher. Just these little details in the set made these stories feel so real in how they all tied in together.

Okay, just a little bit more, then I’ll move on. It’s good to note that the game WANTS you to look at the scenery; it knows its correlation between the stories and the setting. How does it draw the player to look at the scenery, couldn’t the player breeze through the game without looking at anything? Well the short answer is, no. For one, the player character walks really slowly, so it’s not like the game can be ran through so quickly. This choice could maybe be from the developers wanting to extend gameplay, but I think ultimately it is to slowly read to you the player character’s thoughts. That brings us to two; what the narrator says actually appears in the scene. This means that if the player character were to say “I remember playing near that stream,” the screen would turn around from wherever you’re facing and look at the stream with the same words she spoke hovering above it in the scene. This means the game FORCES you to look at stuff. Obviously the designers believed the scenes they created are important, otherwise they wouldn’t have taken control of the player’s view so fiercely. With all the illusions to books, opening secret passageways held by books, books lining the whole house, the last room you go into is the reading room, the game itself is basically a book as you read the narration that floats around your head. While normal books contain merely pieces of paper, this booksaves you the trouble of imagination and comes up with its own world for you to explore.

The Lens of Control

This lens has uses beyond just examining you interface, since meaningful control is essential for immersive interactivity.

In Edith Finch, the control scheme is very simple. During the regular gameplay, the player moves around with the left joystick (I played the game on an Xbox One), and interact with objects by pressing the right bumper. With only two inputs, it the game seems pretty straightforward, but I question the interaction button. In most games, the A button, or X button on the PlayStation, is the simple interact button, not the right button. First learning this, it felt un-intuitive to a typical player. Why did they choose the right bumper button? One possible answer could be that they chose a button that is present on all the major consoles. While the A button is not seem on every controller, the right bumper is, so porting the game to different systems would be easier. Another possibility, one that is more intriguing, is how a player presses the button. Since the button is located on the top of the controller, the player would use their pointer finger to press down on it. By simulating the motion without the controller, we notice we are making a kind of pinching motion, like we’re trying to pick something up. In the game, we are mostly picking up objects, or lifting up hatches, so by pressing the bumper button it feels natural to see things being picked up in the game.

The affect the player has on the surroundings is very minimal. The game is more like a museum where the player can look at things, but not really touch them. The only time a player really interacts with something is during the minigames. These little games are also minimal in their actions, from taking photos, to moving your legs back and forth on a swing set. The choices players make in the game serve no real outcome at the end. The only real choice the player can decide upon is whether they look at each story or not. In a way, the player is pulled along through the game, having no real choices they can make themselves. I think it would have been interesting if possibly some stories had varying endings that skewed them just a bit. Reflecting back on the whole game, it feels a little disappointing knowing that the player never really had any choices in the game.

The Lens of Meaningful Choices

When we make meaningful choices, it lets us feel like the things we do matter.

Going off of the Lens of Control, there’s really no choices that they player can make. This can be for a reason, however. The designers may have wanted the player to experience the story in a very specific way, and without a direct guide for the player, the story could have become mixed up and confused. Experiencing the stories in a certain way is important because it adds to the pacing of the game. If the player was allowed to go to any story they wanted to, they could accidentally choose the last story and get the ending to the game before really digging into it. Since a lot of the scenery reflects the stories, if the player was able to access any part of the house, say the graveyard, the player wouldn’t have understood what all the gravestones meant. While the gameplay may feel restrictive to the player that wants to go and explore, the game wants the player to take their time and experience things only when the game is ready for the player to.

Thanks for reading! You can find the “Deck of Lenses” by searching for it on the app store. You can find Schell’s full book “The Art of Game Design: A Book of Lenses” here. Try “What Remains of Edith Finch” for yourself here! What did you think of the game? What were your favorite and least favorite parts? Let me know in the comments below. Have a great day!